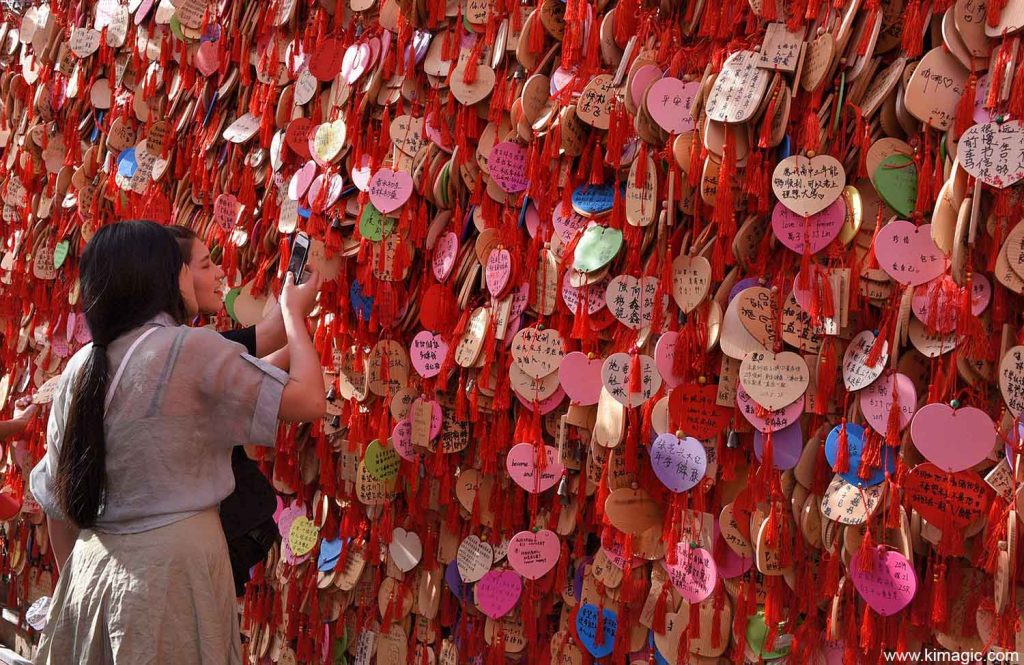 Quanzhou is a hidden treasure, a paradise for all the tourists from every corner of the world. It is a super modern city-port and an ancient city with rich and diverse history. It remains one of the world’s biggest ports for more than three centuries and the starting point of the Maritime Silk Road. The city was known to Arab traders as Zaiton and praised by Marco Polo as the “one of the two greatest havens in the world for commerce”. Quanzhou is also known for its Tieguanyin Tea, Dehua Porcelain as well as its Huian Stone Carvings. Today Quanzhou remains a melting pot of diverse cultures and religions. A walk around the city area takes you past many Buddhist and Hindu temples, mosques and churches. The Maritime Museum pays tribute to both seafaring and culture.

The Qingjing Mosque, China’s oldest Arab-style, was inspired by the Umayyad Mosque in Damascus. A plaque inside attests to the support of the third Ming Emperor, Yongle. He was also the emperor behind the famed voyages of Zheng He (Cheng Ho).

Fujian is known for ancient bridges – Luoyang Bridge, one of the “Four Ancient Bridges of China” that resembles a silver dragon lying above the green water; and Yong Chun bridge, beautiful covered bridge built during the Song Dynasty. Another nearby city-port well worth a visit is Xiamen. The city located only one hour away by high-speed train. Visitors to the old part of town will see streets reminiscent of many older ‘Chinese’ towns in Malaysia. Hop on a ferry to cross to the Piano Islet of Gulangyu. There are no cars and it is a great way to spend a day. Go to the beach, climb Sunshine Rock or visit the Piano Museum.

Kaiyuan Temple was built over 1,300 years ago… It was founded in 686 and its initial name is “Lotus Temple”. In Tang Kaiyuan twenty-six years (738 years), the emperor Xuanzong proclaimed that all the states build a temple and name it by the year title, thus the name origin – Kaiyuan. There are two quite famous stone pagodas in the temple. They stand on each side of the main hall of Kaiyuan Temple, some two hundred meters from each other. The east one is known as Zhenguo Pagoda and the west one Renshou Pagoda. They are over forty meters in height and are the highest twin pagodas in China. This is the unique symbol of the ancient city of Quanzhou.

Renshou (West) Pagoda was originally a wooden structure built in 916 during the Five Dynasties. After it burnt down two times during Song Dynasty, it was rebuilt, first of brick then of stone. Its appearance and structure are basically the same as those of Zhenguo Pagoda, but it is only 44.6 meters high, or 4.18 meters lower than its twin, and it was built ten years earlier.

Zhenguo (East) Pagoda is 48.24 meters high with a diameter of 18.5 meters; each side is 7.8 meters wide. The Sumeru pedestal is fairly low and carved with a tiers of lotus flowers and grasses. Moreover, the east pagoda was selected as one of the four stamp patterns of China’s Ancient Towers in 1994.

When visiting don’t forget to check out the 1300 year old mulberry tree in the grounds.

How to get there: take Bus No.2 or Tourist Bus No. 601 from Quanzhou downtown.

Luoyang is a stone bay bridge located in the mouth of Luo Yang river in Quanzhou, Fujian. Also known as Wan’an Bridge, it is one of four oldest bridges in China. The 1200 meters long, it was constructed during early (circa 1053) Northern Song Dynasty (960 – 1279). Just imagine how huge stone pillars were hauled using wave tides and raised to build a bridge… the engineers took the advantage of ebbs to successfully build the plate. On both sides of the plate there are 500 stone guardrails to protect passers-by from falling into the river.

The bridge has north-south orientation, passing an island called “Zhongzhou” in the middle of the river, and entering Luojiang district in its South end. It is 731.29 meters in length, there are 47 apertures and 46 piers. Piers are built up by boulder strips. The boulder strips on the top two levels extend to both right side and left side in order to reduce the span of the slab-stone. Cut-water can be found in the upstream of the pier bottom, whose sharp end is slightly cocking-up, a “raft foundation”.

Good place for wedding and family portraits… If you plan to walk across the bridge, expect to see beautiful panoramic views of the bay… high heels are not recommended! How to get there: Take the No. 13 city bus at the Quanzhou Railway Station or the No. 19 at the New Bus Station to Luoyang Bridge. Yong Chun Bridge is about an hour west of Quanzhou by expressway.

In Chinese ( 飞天迎宾 ) the name means “sound fairy flies in the air” and welcomes guests from all over the world to come visit Quanzhou.

Completed in 1996, Quanzhou City sculpture is a 25.8 meters high and 30 meters in diameter. It was designed by the famous sculptor Qian Shaowu. On the column there are 8 bronze statues of the “wonderful sound fairies” holding “Nanyin” – the ancient musical instrument. Nanyin is the oldest living traditional ancient music. Originated in the Tang Dynasty and further developed during the Song Dynasty this music is mainly popular in southern Fujian, Taiwan and Nanyang islands. Quanzhou Nanyin, also known as “Nanqu” , “Nanle” , “Nanguan” and “Xianguan” , is the “living fossil” of traditional music culture. Under the column there is a Round Pool and fountains surrounded by flowers and plants. The pillars are carved from stalagmites, and the statue of the goddess of magical sound is made of bronze.

Quanzhou Bell Tower was built in 1934 and completed the following year. The Bell Tower was designed by an architect who had studied in Britain and developed a taste for European style.

Quanzhou Bell Tower, together with East-West Tower and Qiao Tower, has become a unique site in the ancient city and attracts domestic and overseas tourists. In modern time the mechanical clock in the tower has been replaced by a quartz chronometer. It has also been loaded with holiday lights. The bell tower radiates new brilliance at night much more dazzling than before.

The 1916 Creative Gardens are located at the old site of the “Source and Don” Honey factory. The place is full of studios, exhibitions, old factory rooms, cafes, restaurants, selling stands. At night, many local people take a walk after dinner. The traffic is convenient, there are several entrances and exits, there is a bus directly to the high railway station, walking distance to new Door Street, West Street…